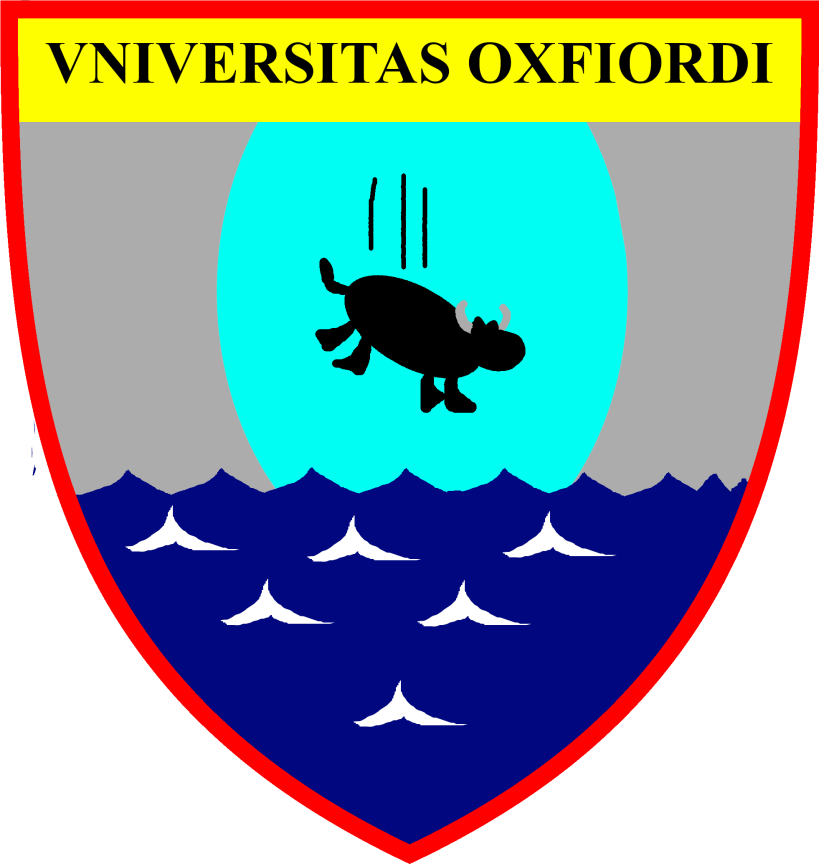 As, established by the Encyclopedia Realmgardica, the University of Oxfjord is one of Realmgard’s most famous and respected universities:

Despite its fairly remote location in the north of Realmgard, the University of Oxfjord has long been regarded as one of the foremost places of learning on the continent. According to legend, the university was originally founded at the site where a local bull once wandered out of its paddock and took a tumble off a nearby cliff in the inlet below. The bull is noted to have survived the incident.